About the Web {It's God in You}


It's Okay to Not be Enough - Amber Haines


" “My grace is sufficient for you.” When He says this, it’s the same as saying, “Don’t give me your excuses,” while simultaneously saying, “You’re not the one doing it anyway.”  I suddenly feel so free to shirk the pretense that I could possibly have anything together, and I’m learning that boasting in this weakness – it’s the gospel."

Living with a Heart Made New - Elizabeth Esther
"The moral man (and the immoral man) is put to death. The life that is hid with Christ in God is the new man. He is more than moral – he is good. He is no longer dead – he is alive. And it is for this man fully alive that Christ died." 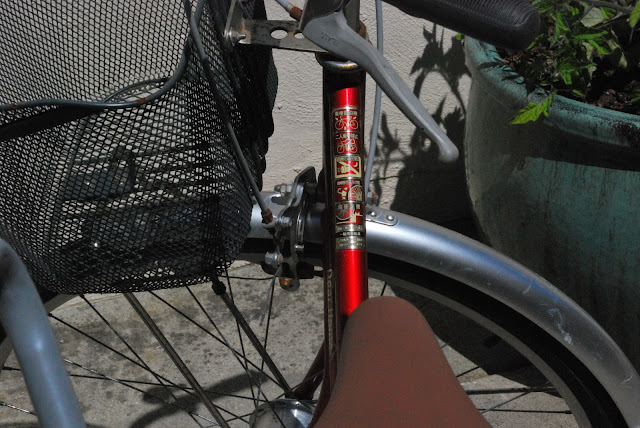 Unrelated to the links, my weekend news is getting a fabulous new used bike.
The bike is from the 1960's, made in China, made for China.
I've been for 4 bike rides in two days.  I'm in love.

Email ThisBlogThis!Share to TwitterShare to FacebookShare to Pinterest
Labels: Being the Parent, Give Crazy Love, thoughts