Gillian has always been fabulously creative with her vocabulary.
She says the greatest things.  We often have no idea how she comes up with her words.
Generally, she seems to make pronunciation more complex, instead of easier.


For years she has called previews (or any extra "shorts" on a DVD) Pluvits.
She used to ask for Cidder (roll the d's in this one)
most mornings.  She doesn't anymore, because she knows how to say cereal now.

She really likes a good Sasaunt (I do also, but I call them croissants).
Speaking of bakeries, this morning when we were at 2nd Street bakery,
she told me she had been really flustalated when we first got there,
because she didn't see her favorite cookie in the case.
(I get frustrated by minor things like that too sometimes, beblieve me. I understand.)

At dinner this evening, she loved her dipping sauce (made of fermented soy).
She drank every last bit of the Sea Sauce.

Speaking of dinner tonight, Moira loves Sticker Pops.
that is what they were dipping in Sea Sauce.
No I don't make homemade potstickers.  they are from Costco.

Moira was playing with Auntie Leah's little wooden Pokeypines this week
& thought they were so cute.
(But real porcupines are pokey, so you have to be careful.)

I took the kids to eat at Betty's Eat Inn & Peyton & Mo were both thrilled to see
Uhmingos on the tapestry of the bench seat.
Gillian explained to them (again) that they get their pink color from eating shrimps.

And one of my top favorites -
Moira was looking through a pair of Hockerdockers the other day
(you would want to take these along for bird watching)
But that is also what Peyton sees taking off from our airport occasionally.
(some people just call 'em choppers, though.)

Chilachos?  Do you love chilachos, too?  that is what many folks may call nachos.
But these kids?  they love a good plate of Chilachos. 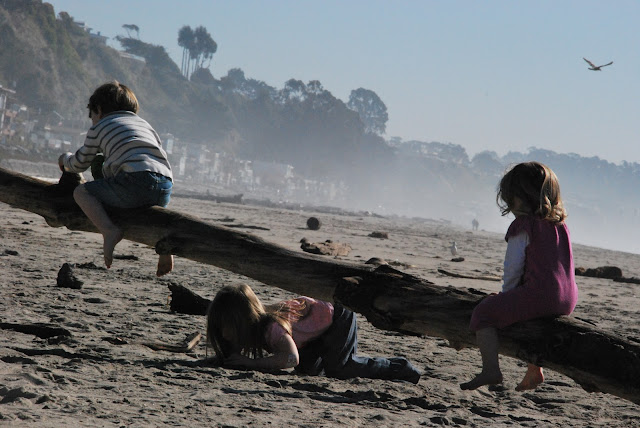 This is hilarious! I love that there are two definitions for hockerdockers. :D